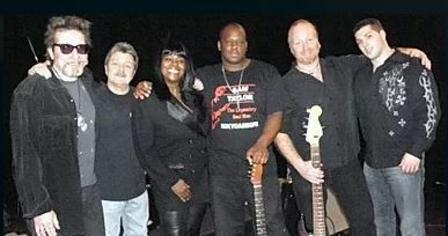 Sam “Bluzman” Taylor, was an American Blues singer, songwriter, producer, and actor. He began his musical career during his service, stationed at the Westhampton Beach Air Force Base, not far from the Long Island Blues Scene. His accomplishments span from performing with Joey Dee and the Starlighters, songwriting for Maxine Brown and B.T. Express to being musical director for performers like Otis Redding, The Isley Brothers and The Drifters. Sam returned to Long Island until passing in 2009.

- Sam’s daughter Sandra Taylor, a singer in her own right. Sandra sings with 60’s recording group, The Toys, and 50’s group, The Cookies, and several more.

- Sam’s grandson Lawrence, “LAW” Worrell, singer and guitarist, has traveled the world with his father, and George Clinton of Parliament Funkadelic and Amy Winehouse. Law’s own ensemble is Planet12.
- Mario Staino, drummer, plays on the Long Island scene and across the globe with Savoy Brown and Kerry Kearney.
- Gary Grob, bassist, who has played and travelled with Sam all over the world and Long Island.
- Gary Sellars, Sam’s protégé, plays guitar and sings with his own band across Long Island and New York City.
- Danny Kean, keyboardist and vocalist, has played with Stevie Cochran and other great performers.

"The music is stunningly good.  Accomplished, full of fun and funky. By and large this is an outstanding album by the band.  Long may it continue." 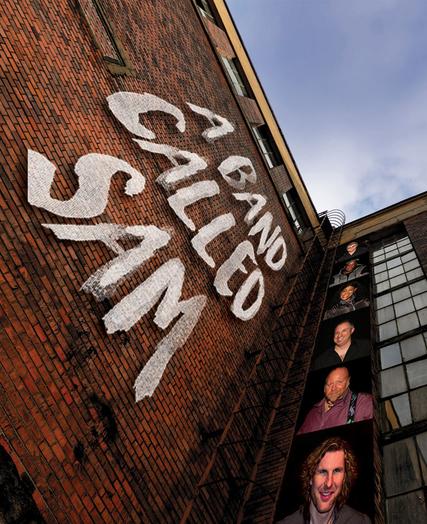