What metaphor for the past year serves better than standing in the shadow of an approaching cyclone?

Philadelphia based guitarist /songwriter Aaron Nathans and Cincinnati cellist / songwriter Michael G. Ronstadt present their third album, the rich, dark and foreboding Shadow of the Cyclone, released October 1. With sobering clarity the duo weave intricate metaphors in the form of fallen saviors (“Strongman”), a Leonard Cohen-esque embrace of the anti-hero (“I Go Low”), and straightforward accounts of our loss of empathy (“Sinner’s Bible”). These songs hint at a sense of just retribution for the troubles we’ve brought upon ourselves, while “Haunted House” and “Come on Sun” coax a sense of levity and hope while accepting our brutal present.

As an acoustic duo, the two create a compelling musical palate. Ronstadt’s cello lines are reminiscent of the live-layered magic of Zoe Keating, and his songwriting reflects the creative diversity of Paul Simon. He weaves intricate patterns around Nathans’ baritone voice, studied folk meters and dash of irony in the tradition of David Wilcox and Dar Williams. As multi-instrumentalists the two play a total of 33 distinct instruments between them while Serenity Fisher guests on piano and vocals, Stan Ginn on drums, Phil Henry on backing vocals and percussion and Ciara Grace on backing vocals.

Ronstadt, nephew of Queen of Rock Linda Ronstadt and a member of a family with a rich musical heritage, holds a master’s degree in cello performance from the University of Cincinnati College-Conservatory of Music. Nathans is an award-winning songwriter and a leader in Philadelphia’s community of songwriters.

Shadow of the Cyclone brings in fans of folk, Americana and singer-songwriters who are seeking refuge from the storm that 2020 has unleashed on us. 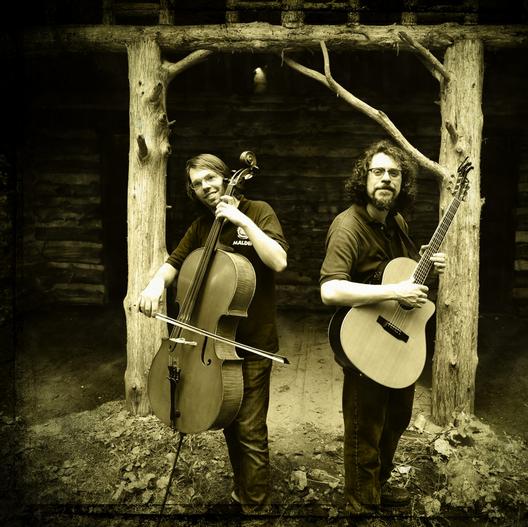 "This is an engaging, warm and intimate collaboration between songwriter Aaron Nathans and songwriter/ multi-instrumentalist Michael G. Ronstadt... Throughout the songs are stirring and they leave you thinking. A thoroughly satisfying and stimulating effort." 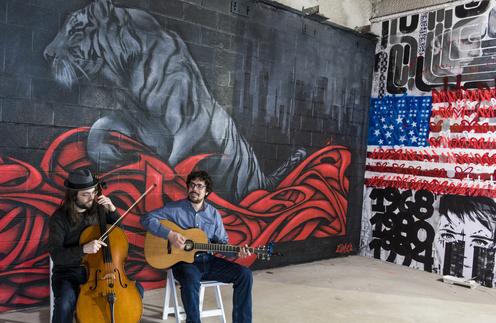