Art has had his music air nationally on The Weather Channel, as well as Pandora and Sirius XM. Since 2010, his music has been heard in public gathering places throughou the US via Mood Media.

He works with a variety of publishers including Supermax Music, Platinum Music of Great Britian, The Music Library, Triple Scoop Music, Licensejazz.com and has worldwide digital distribution of his 2008 Smooth Jazz release, "At the End Of The Day."

The CD can be heard regularly on the Uptown Jazz Network, Key of Gee Jazz Break, Baile Dos Bomberios, The Que 98.2 FM, All That Jazz, Radio Aria and many other contemporary jazz stations and streaming sites.

At age eighteen, Art Ruprecht took up the guitar and hasn’t put it down since. Hailing from St. Louis, MO, his influences include Joe Pass, Pat Martino, Pat Metheny, Larry Carlton, Robben Ford and George Benson. Benefiting greatly from Berklee School of Music curriculum as a teenager, Art increased in technical knowledge while drums remained his primary instrument. The result of a love affair with bluegrass yielded his meteoric development on the violin, mandolin, and later the guitar, which would serve him well. Over the years to come, Art moved into other styles, honing
his musicianship on guitar and composing while focusing primarily on Smooth/Groove Jazz.

The "Cast Your Care" project is a collection of original compositions, as well as a few Christian hymns as I hear them. The overall style is Smooth Jazz, but there is much diversity within that context as I am a lover of all music styles. On the Straight-Ahead side, "Go Wes Young Man" is a tribute to legendary jazz guitarist Wes Montgomery and I would also put the haunting ballad "Dichotomy" in that camp featuring some Miles-ish muted trumpet
by Fred Middlekauff. "La Mano de Dios" is kind of a Latin samba played on a nylon string guitar.

The quintessential Smooth songs of the group are "Step In", as well as the first single from the CD entitled "Author & Finisher" and "Walk The Talk". I played my ESP custom shop Strat on "A Merry Heart", "Take Me", and the title cut "Cast Your Care", which all contain fusion and/or pop elements. The tenor sax on "So Beautiful" also played by Fred, makes that cut for me! "Glory To Glory" features me "fiddling" around on
this R&B cut, and "In The Shadows" is Smooth guitar with a soft, techno underbelly.

Finally, the bluesy "In Christ Alone/Give Me Jesus" medley and "Holy, Holy, Holy" are Carlton-esque (on the 335, of course!), providing a devotional foundation for everything else. 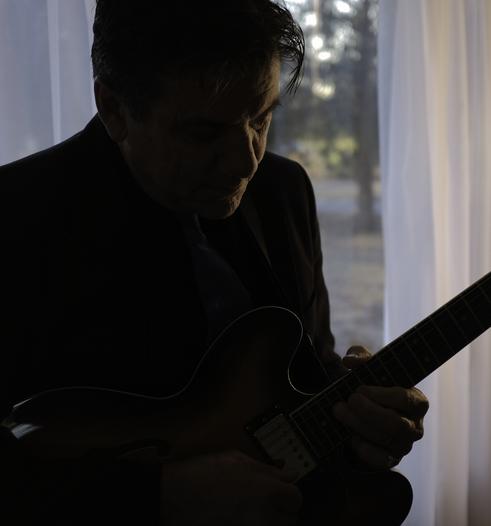 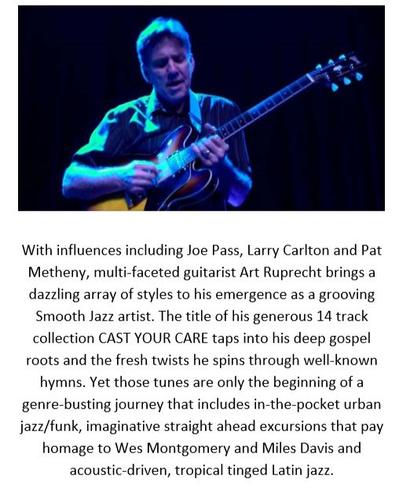 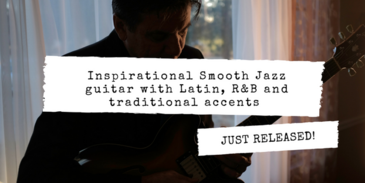