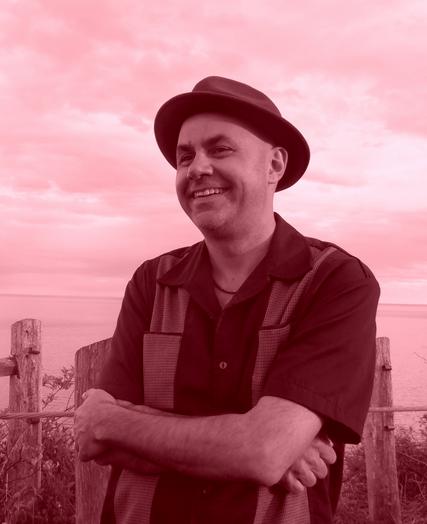 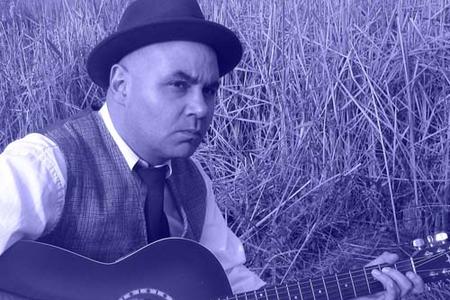 "There’s an easy going grace to this disc, a laid back-ness that belies the awkward and remote circumstances of the recording process... there’s magic in the grooves; you can really feel it."

- John Kereiff from Gonzo Okanagan on the album Why Should I Be Blue? 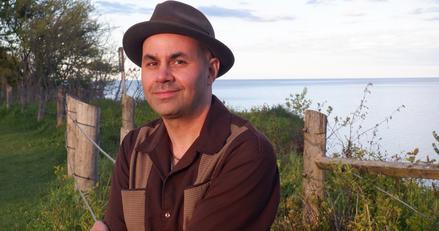 Jay Moonah is the man behind Broke Fuse. He has been active on the Canadian music scene for more than 30 years and is a former member of a number of bands including indie-roots-rockers Uncle Seth and retro-folk act The McFlies. Jay is also co-founder of the Scarborough Uke Jam.  While probably best known on the Toronto blues scene as a harmonica specialist, Jay plays a number of different instruments and is also a singer and songwriter.

In 2014, Jay decided he wanted to form a band to play the original blues songs he had been writing as well as classic songs from Willie Dixon, Jimmy Reed, Lead Belly, Bob Dylan, and many others. After struggling to find people who could commit, he decided to embrace the challenge of being a one-man band using all available limbs playing guitar, harmonica, suitcase kick-drum and tambourine all at once.  As Broke Fuse, he released two EPs "The Underground" in 2015 & "Broke Down + Blue" in 2017 which offered Moonah some success, securing opening slots for acclaimed artists such as Suzie Vinnick, Tim Williams, Al Lerman and Greg Godovitz, as well as a showcase at the TD Toronto Jazz Festival.  In 2017 Jay teamed up with legendary guitarist Mike McKenna (Luke & The Apostles, McKenna Mendelson Mainline) to form McKenna Moonah Blues Duo.  Mike and Jay later formed the rockabilly band the Rockin' Redcoats, which also included Cleave Anderson (Battered Wives, Blue Rodeo).

Early in 2020 Jay decided it might be time to add some additional members to Broke Fuse and began rehearsals with other musicians toward that end. Unfortunately, the Covid-19 crisis put the breaks on this plan, so Jay switched gears and decided to engage as many of his musical friends as he could to collaborate remotely. It was sometimes a bumpy process, but the resulting album "Why Should I Be Blue?" speaks for itself. The album features remote contributions from Mike McKenna, Sandra Bouza, Alex Matthew, Frank Baraczka, Attila Baraczka, Paul Butters, Matthew Bartram, Steve McNie, Alex Cheung and Frank Horvat.