"Possibly the best blues slide guitarist this side of the Mississippi or at least of the East River. Whether on his feet playing slide guitar licks to rival the best or sitting down with his Regal dobro across his lap, Kearney just gets better and better. His talent transcends all musical boundaries and in a perfect world, his name would be known from coast to coast".
- Ron Biegel "Long Island Voice"​​ 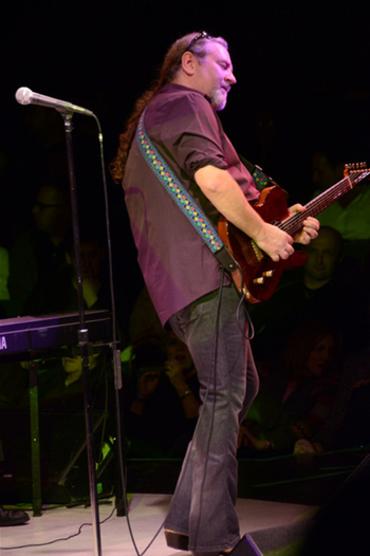 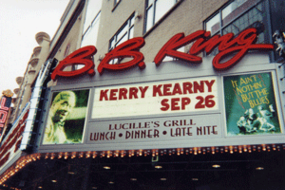 The world is invited to enter Kerry’s unique blues domain with twelve, never-before-heard tracks from hisPsychedelta vault. The complete Kearney package of guitar, voice and emotion shepherds listeners through theblues paces - eliciting reflection, hope, resolution and joy. This latest Psychedelta installment will melt yourspeakers and your heart, delivering you from the fog and confusion of our new normal. Metropolitian New Yorkhas known Kerry for over 40 years.is an opportunity for all to experience and shareTales From The Psychedeltathe blues in a new way - through Kerry’s deep, lush beautiful soul. The Psychedelta welcomes all!

Kerry Kearney (pronounced "Car-Nee"), a slide guitar master, plays and works his instrument to limits that amaze even the most seasoned musician or cultured music fan. The sounds Kerry creates from his vintage, stock and custom made guitars are as unique as his song writing and original melodies. Kerry was voted "Best Guitarist of 1999" by the LI Voice and “Bluesman of the Year 2004” by the LI Blues Society. He is also the recipient of the prestigious Long Island Sound Award (L.I.S.A.) from the LI Music Hall of Fame and most recently, in 2013, he and his band mates were each inducted into the New York Blues Hall of Fame. He has toured nationally and internationally with the Allman Brothers Band and Dickey Betts, and has performed with such contemporaries as Sonny Landreth and Robert Randolf. Kerry and his band have shared the stage with the great BB King at the NYCB Westbury Theater and at the Paramount Theater in Huntington, NY, as well as Robert Cray with the Blind Boys of Alabama and The Blues Brothers starring Dan Aykroyd and Jim Belushi.

Kerry Kearney’s style, music from the “Psychedelta”, is his own brand containing an upbeat mix of American Blues & Roots, created from writing and performing on the circuit for over 40 years. Along with his band, he has continued to experience an overwhelming and positive response over the airwaves and especially when performing live. His wailing upbeat style of blues, driven by tasty, inspired guitar riffs, electrifying slide and infectious rhythms, has allowed Kerry to amass a huge loyal following. The Kerry Kearney Band recently celebrated 20 years to a sold-out show at the Boulton Center in Bay Shore, NY.