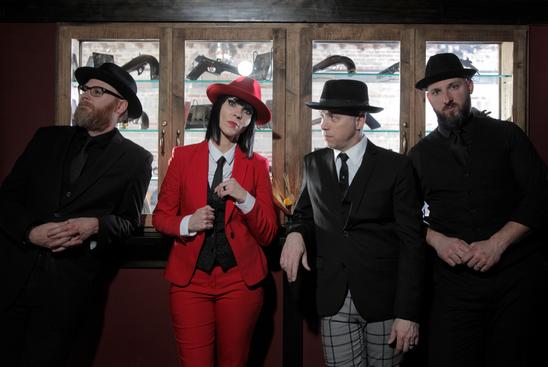 "The vintage tones swing and punch – like early ‘60s Wanda Jackson possessing a young Joan Jett as backed by the Stray Cats. But after looking under the hood of Let’s Do This Thing, there’s much more here than a classic engine. [Kerry Pastine] delivers some next level you-know-what."
- Eric Shea - Pandora Pick of the Week

Kerry Pastine and the crime scene

Since the release of her debut album Let's Do This Thing, Kerry Pastine has taken the national roots music scene by storm, spending much of the past three years touring North America. Her follow-up EPs Bad Magic Baby and I Make My Own Luck clearly show the singer's growth as a songwriter, performer and recording artist; proof that her star is still on the rise.

Kerry is now infamous for her no-holds-barred, pedal-to-the-metal live shows and that reputation has landed her on some of the best stages, shows and festivals throughout the US. From playing sweaty, sold-out clubs as a headliner, to earning the coveted support slot for bands like Brian Setzer, The Fabulous Thunderbirds, Los Lobos, Big Bad Voodoo Daddy and The Steve Miller Band, Kerry and her band are wowing audiences everywhere.

The band has also earned rave reviews from critics and the press. Pandora made the band their Pick of the Week saying, "The vintage tones swing and punch -- like Joan Jett backed by the Stray Cats." A review of Kerry's holiday record "It's a Crime Scene Christmas" proclaimed, "Every song is an original and every one is a winner. Kerry and company leave the bigger names in the dust. Kerry Pastine is Wanda Jackson, Patsy Cline, Grace Slick and Ann Wilson all rolled into one."

Kerry Pastine has always been a believer in mixing ideas from the past into something new, fun and exciting. There are elements of blues, jump blues, rockabilly, classic soul and garage rock all spun together in an intoxicating original sound that fans are calling a "roots rock & roll party." Party is definitely the name of the game for Kerry Pastine and the Crime Scene. Kerry's songs are born from a joyful celebration of life, love and hazy nights filled with live music, friends and just a hint of danger.

One of those hazy nights is captured perfectly in the video for Let's Do This Thing. The video caught fire, landing Kerry and her band on television, radio and stages across the U.S. The Fox 31 Everday Show featured the video for their Viral Video spot where hosts Chris Parente and Kathie J commented, "I love this! I could not believe their sound. I thought, 'They have to be [from] L.A.' They are going places!" While on tour in Nashville, the band was invited to the 515 Studio for a televised interview on Nashville Entertainment Weekly where they talked about Kerry's "incredible" video and how her unique sound sets her apart from other artists and bands in the Americana genre.

The sound is at once familiar, but modern. Vintage, but cutting edge. This ride isn't an old Cadillac. Kerry Pastine and the Crime Scene is a souped-up hot rod with bulletproof glass, a modern chassis and a shiny new engine. The perfect vehicle for a life of crime and musical performances born of sin. 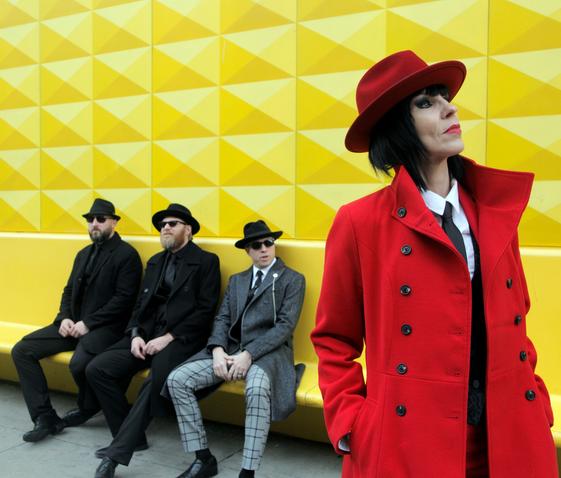