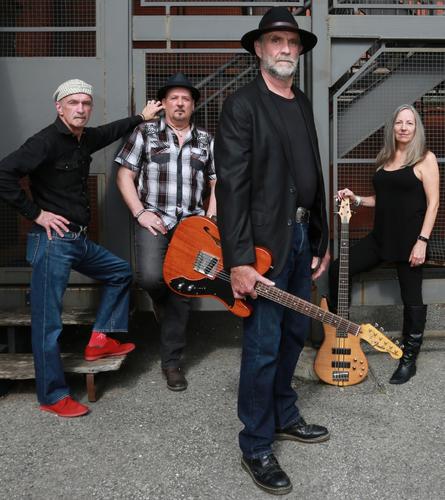 “Ottawa-based guitarist Murray Kinsley and his band Wicked Grin have been steadily building up a fan base worldwide and right here at home with a brand of musicianship that stays clear of the hang-dog clichés that often take blues music and its noble power and renders it toothless. ”

Reviewers have described this Maple Blues Award-winning band as stripped-down, hellaciously rockin’ new blues with the distinctive voice and guitar-work of Murray Kinsley, awesome harmonica, and a rhythm section that swings with reckless, casual precision (Leigh-Anne Stanton on bass and Bruce Saunders on drums).

Based in Ottawa, Canada, the band brings their innovative original blues to venues and festivals across Canada, the US, England, and Germany.

Leigh-Anne Stanton has been nominated as 2108 Maple Blues Awards Bassist of the Year, and the act was a semi-finalist at the International Blues Challenge in Memphis, January 2019.