As the front man and guitarist for Americana Triumverate The Devil Makes Three, Pete Bernhard is best known for his unbridled, barn-burning performances and driving roots, rock and bluegrass sound. Butt here’s a whole other side to the story.

“My solo songs are ones that did not quite fit into the band instrumentation of TDM3”,said Bernhard. “They are often quieter and more personal than most of the songs I have written for the band.”

As a solo artist, Bernhard has garnered rave reviews thanks to his soul-searching, introspective lyrics and musical dexterity. His debut album Things I Left Behind(2006), which he says was “basically just me and a guitar,"a simpler, singular vibe,while his sophomore release Straight Line(Milan Records,2009) was deemed “a bigger band sound with a candid sense of introspection”. Now, on the verge of releasing his third album,Harmony. Ascension. Division. (Spring 2020) Bernhard is, once again, venturing into new territory with a record that he describes as a “folk album that worships [his] folk and blues heroes”.

While a departure from TDM3 and his previous solo albums, Bernhard says that his new record is actually reminiscent of his writing before joining the band. “This album is sort of a back-to-the-beginning type of thing. Many of these songs are about friends from my early teens and‘20s so I thought the best way to talk about them would be by playing the way I did back then,” he said.

Bernhard’s talent and inspiration stem from his long and storied career, which started in a small community in Vermont surrounded by a musical family. His father played guitar and wrote songs, his guitarist brother attended Berklee School of Music, and his aunt was a folk musician.

All of these influences, coupled with Bernhard’s natural curiosity, drew him to older, traditional blues at an early age and led him to study the style and aesthetics of music traditions like New Orleans R&B and Country, while simultaneously getting caught up in punk rock.

Eager to learn more and venture out into the world, Bernhard headed West as a young man, first to Nashville, then on to Washington State, where he formed a band with a childhood friend and hit the road. When they broke down one day in Santa Cruz, CA, they stayed with a fellow Vermonter and, thus, The Devil Makes Three was born.

Today, whether recording as a solo artist or with his Billboard-topping, bluegrass rock trio, one thing remains the same for Bernhard. “I’d like fans to have these sad songs make them feel better. If that happens, I would be happy”,he said. “That’s always the way that sad records and blues records worked for me;a sad song can make you feel better. 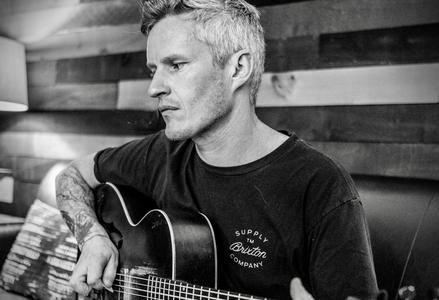 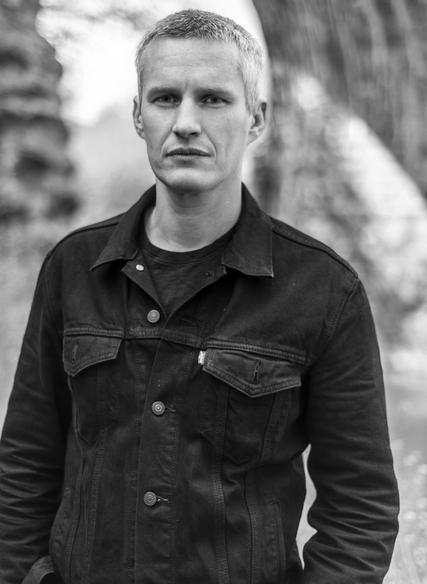