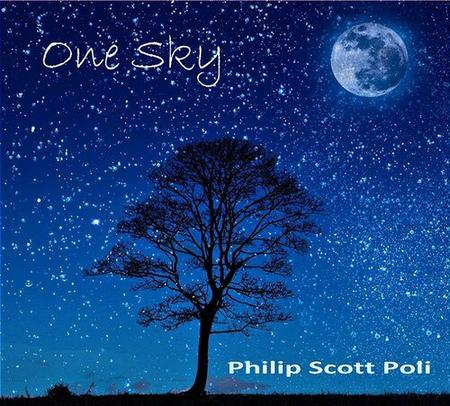 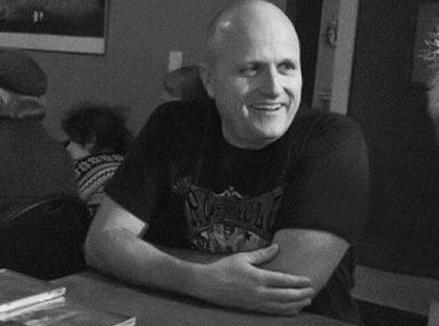 Born and raised in Windsor Ontario, Philip Scott Poli’s love of song sprang from listening to his aunts, uncles and grandparents bang out wartime songs on an old upright Heintzman piano. He left Windsor to perform for over a decade as tenor vocalist for the highly successful Toronto show band “The Fabulous Haircuts”.

By the mid 90s, Philip resigned from performing to more seriously pursue songwriting. His song “Radio Flyer” was a top ten finalist in the 2006 Great lakes Songwriting Contest and he composed music for the opening ceremonies of the International Children’s Games, as well as the lead track for “Reflections on 1812”, a Heritage Canada sponsored suite of historical songs. He is a familiar face in the listening rooms of Southwestern Ontario, known for his heartfelt down to earth delivery of emotionally compelling original songs.

Those nights around the “old upright”, countless trips to Nashville’s listening rooms to “learn by osmosis” and the completion of a Specialist Certificate with Berklee’s songwriting program are the foundation and fuel for the creation of lyrics and melodies that cut across decades of song form bending and blending genres into modern yet tradition steeped songs that span country, American Songbook, Americana and folk.

With the 2020 releases of his “Songwriter’s Business Card”, “One Sky” offers a sampling of songs from his repertoire where one might hear Harold Arlen meets Willie Nelson or Neil Young meets John Prine. Philip is currently writing and recording for a follow up release of “Rust Belt Factory Tunes” due out in 2021.

Country folk singer-songwriter Philip Scott Poli's first solo album "One Sky", a diverse and compelling collection of songs comes from a decade's worth of treasured memories. "One Sky" is set to be released on October 1, 2020 to radio worldwide by Trespass Music. Recorded during months of COVID-19 isolation "One Sky" is truly an international effort with musicians from multiple countries adding captivating performances to a suite of emotionally honest songs exploring themes of love, loss, connection and the ultimate gift of hope.

Whether looking forward to coming out of COVID-19 lockdown, daydreaming at a favoured cafe, memorializing an aunt, remembering a Grandmother's tears or writing that special song for your daughter's wedding, Poli's lyrics on "One Sky" pull the heartstrings. Even if you dreamt it, got up, wrote it and went back to bed, thought she could and still believe she will, wrote in loving memory of your father, a 4oth gift for a friend facing new beginnings or watched life support machines keep your brother alive, the pen and the emotions flowing so effortlessly has brought Philip Scott Poli full circle with "One Sky."

Although "One Sky" is Windsor award-winning singer-songwriter Philip Scott Poli's first solo album, he is no stranger to the music and songwriting scenes throughout Canada and the US. Writing songs since his teens, Philip is a veteran of the Toronto area music scene where he performed as a tenor vocalist with Toronto band "The Fabulous Haircuts" for ten years.  Philip has performed at multiple venues in Detroit, across Southwestern Ontario, and the Windsor-Essex County Ontario local music scene including The Bank Theatre and Windsor Folk.

Poli's songwriting chops have earned recognition as finalist for "Radio Flyer" in the 2010 Great Lakes Songwriting Contest. In 2012, the "Reflections of 1812" cd compilation, a suite of songs recorded to mark the bicentennial of the war of 1812, saw Philip's song "Dance Queen Charlotte included in the compilation album which was sponsored by Heritage Canada.

Philip's love of songwriting has put him in touch with some of the best session players, writers, and musicians throughout the world and he has co-written with Cape Breton's Glen MacNeil. Philip's songwriting often tells the stories of life living in the Windsor/Detroit motor cities, and his songs and live performances are delivered in an easygoing and compelling way that audiences continue to embrace.

"Chops! Philip Scott Poli has both real deal songwriting and musicianship chops. Audiences love him and embrace the emotion he lays into the lyrics and his stage presence. "One Sky" should be on your list of CDs to purchase and listen to on the radio this year!" 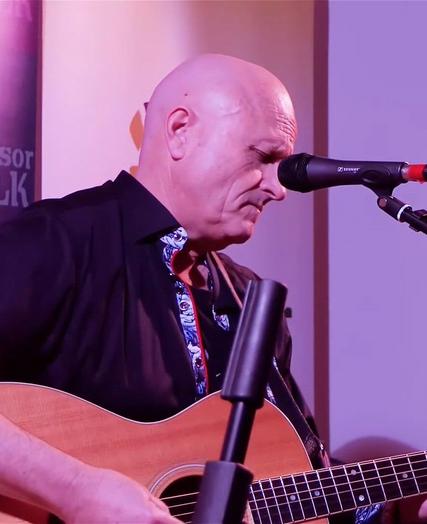