"They not only won the competition but unanimously swept the judges voting as well. The band went on to support such national acts as Foghat, Tony Macalpine, Greg Howe and Dream Theater on their ground breaking "Images and Words" tour."

Guitarist Chris Steberl born 5/24/1965 in Springfield, Ohio first picked up the guitar at the age of 8 years old. His parents wanted to encourage their kids to try new things and his younger sister learned piano. He was taught by a very strict old school fundamental teacher from her house every Saturday morning at the rate of $.75 a half hour. He learned to read music and play old standard guitar songs. Chris hated it. For years he swore he would destroy that guitar and never play again until one day a school friend handed him the first Van Halen record. NOW the guitar had purpose to him and his desire to become better was fueled by the now legendary Edward Van Halen.

His first electric guitar was bought by his parents - a Fender Stratocaster and the road to a long successful music career began. Chris continued to develop his skills as a teen on the guitar quicker than most around the area because he had been learning the fundamentals of music theory on Saturday mornings, while others were watching cartoons! He had a huge advantage and the ear to go with it. He began to play in garage bands playing backyard parties, school dances and county fairs through high school.

After graduation he relocated to Sarasota, Florida where he auditioned for a thrash metal band. This was his first exposure to bands like Iron Maiden, Metallica, Slayer etc. as well as being able to contribute original song ideas. After a year or so he discovered the Shrapnel Records catalog where players like Greg Howe, Paul Gilbert, Jason Becker, Yngwie Malmsteen and Tony Macalpine took the guitar to a whole new level with incredible technique, breakneck speed and fluid melodic lines.

He decided he had to get way better on the guitar and he began to study on his own to improve his technique and songwriting skills. Upon returning to central Ohio he sought out players to form the band called ALCAZAR. Unable to find a singer to fit the bill, the band became an all instrumental act. In 1989 they entered the Al Rosa Villa Battle of the Bands in Columbus Ohio…..and won the whole event WITHOUT a singer!! The band went on to support national acts like Dream Theater/Greg Howe/Tony Macalpine/Foghat/ to name a few. ALCAZAR then released their first EP called “Visions & Spells” with a follow up 2nd EP “Gothic BellaDonna.”

Finding it frustrating to find and keep top level musicians in the band Chris decided to go solo. His first solo EP was “Play Times Over” which landed him in the Artist Spotlight column with Guitar 9 records. From there he began to write songs for his next release Project Alcazar: “Reasons for a Decade”. The album received great reviews from around the world topping the charts at MP3.com for months with about every song in the top 10. His remakes of Vivaldi, Mozart and Mussorgsky showed his abilities to not only play on a higher level but also compose and arrange music of different styles.

Chris was contacted by Lion Music about a record deal and owner Lars Mattson helped push the Reasons CD into even more people’s ears around the globe. Chris went on to contribute to a number of compilation albums with Lion Music the most notable one called Warmth in the Wilderness a tribute to Jason Becker - one of Chris’ influences. He covered Jason’s “Opus Pocus” for the project and Guitar World magazine wrote how his “rousing rendition sang notes of joy and emotion” on the track.

Chris then took a hiatus and performed live with several local cover bands until the desire to return to doing the music he loved had to be fulfilled. He contacted Lion Music and they agreed to release his new CD PROJECT ALCAZAR : CHASIN VOODOO. The album garnered mixed reviews but didn’t receive near the exposure he had received with Reasons. He participated in a couple more compilation CDs through Lion with tributes to Beethoven, Haydn and Handel. He then entered the Sam Ash “Best in Shred” contest back in 2015 taking first place honors which was opening for the legendary Steve Vai.

Chris then became involved with longtime friend Bob Holobaugh who had just started up his own video filming and editing company called CrewDawg Productions. They did a number of music videos together and found they shared a lot of the same ideas and goals to succeed in the music industry. This brings us to the new Project Alcazar CD LOST IN CENTRALIA. Chris knew this CD had to be special so he recruited the talents of drummer Mark Zonder (ex Fates Warning/Warlord) to assist in accomplishing that feat. Adding the amazing talents of Caleb Hutslar on keyboards and the band was ready to write and record. As the CD drew closer to being finished, Chris sent a couple of the demos of the new material to Guitar One Records.

They in turn offered Chris a spot on their roster which he gladly accepted. The new album is set to be released on CD and all digital music outlets this Fall 2020. Several music videos are in the works and the video for the title track “Lost in Centralia” can be found on most social media outlets or at the bands official website www.projectalcazar.com.

You can also see and hear Chris’ playing with Columbus, Ohio based recording artist Negative II Positive on Facebook and YouTube. The music video for the new single “Before it Gets Better” with Starset drummer Adam Gilbert will be released August 2020. 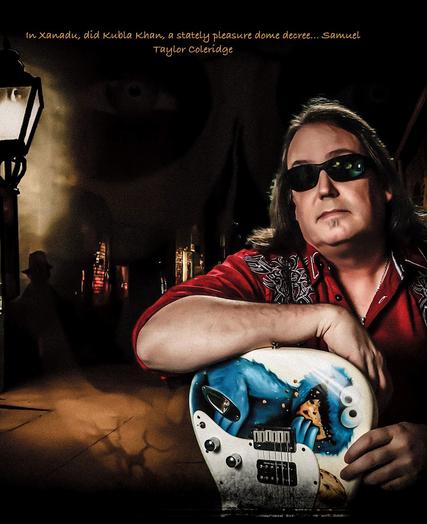 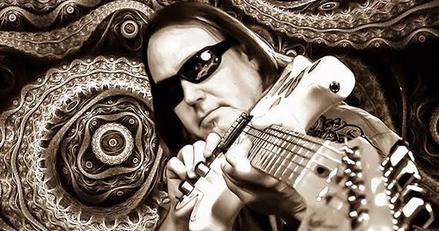