Born in St Lucia and raised on a diet of Ellington, Davis, and Coltrane, Boo’s name is synonymous with St Lucian music. His mother, who was also an accomplished guitarist, was his first teacher. His musical career began with the TRU-TONES, a group he started in St Lucia. The TRU-TONES commanded stages locally and internationally for over two decades. Their eclectic
blend of Caribbean and Pop rhythms earned them widespread fame and even a performance at SUPERBOWL XIII.

Today, he is an exceptionally accomplished solo artist who has stayed true not only to his Jazz roots, but also his West Indian culture. Boo’s appreciation for the true Jazz Masters comes through in all of his recordings, but so too do his influences in Contemporary Jazz, Soca, Latin and Caribbean styles.
Boo’s new single “African Queen” (from his upcoming 4th studio release on Zephryn Records) is a rousing and celebratory journey. His skillful guitar play, mixed with the vocals and rhythmic influences from Africa and the West Indies blend beautifully on this single. It will leave you longing for West Indian Carnival. This is sure to be a summertime favorite. The future is indeed
sunny for St Lucia’s favorite son!

Boo Hinkson’s performance track record includes International stages from the Caribbean to the US and Europe. Most recently he has performed at the Monaco Jazz Festival and New York’s Lincoln Center with International Superstar Hugh Masekela. Boo has also opened for scores of musical greats including George Benson, Al Jarreau, India Arie, and Grover Washington. He has even been featured at a state function for former President Bill Clinton,
and has had his music featured on popular day-time TV show “One Life To Live”. His live performances have aired on THE BBC, BET JAZZ, and Bravo TV to name a few. 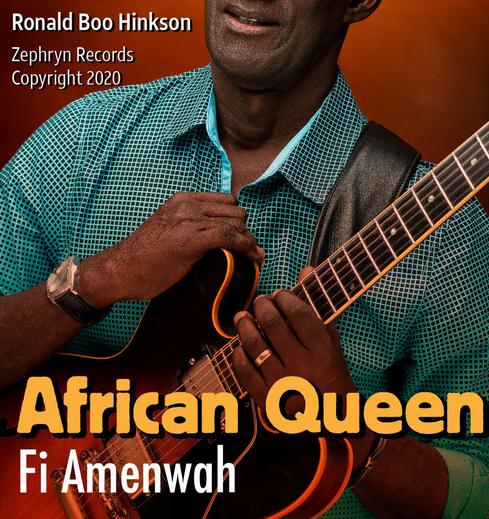