Through his innovative work as a solo artist and his contributions as a sideman to Joe Satriani and Steve Vai, Stuart Hamm has firmly established himself as one of the most influential electric bassists of the past half-century. Extending the non-traditional function of the electric bass previously revolutionized by Jaco Pastorius and Stanley Clarke in the 1970s, Hamm helped to reshape the contemporary concept of the bass guitar as an unaccompanied instrument with the utilization of polyphonic, two-handed tapping, slapping and popping techniques, chords, and harmonics. Although Hamm certainly wasn’t the first bass player to debut during the 1980s and employ an unorthodox approach to playing the electric bass, he was undoubtedly at the forefront of his generation who effectively fused the application of these unconventional techniques.

As one of today’s leading bassists, Hamm has released four critically-acclaimed studio recordings. On Radio Free Albemuth (1988), Kings Of Sleep (1989), The Urge (1991), and Outbound (2000), Hamm showcased his unique style of playing the bass as a lead instrument both within a solo environment and various ensemble formats on a genre-spanning spectrum of repertoire that merged rock, jazz, fusion, classical, country, and urban sounds.

Live Stu X 2, the fifth solo project produced by Hamm and his first as a solo artist in nearly seven years, was released in January 2007 and features a diverse compilation of classic tracks recorded by Hamm during his set on the first leg of the Bx3 tour in Philadelphia last April as well as a few previously unrecorded pieces that were captured in San Francisco before a live audience in 2004.

In addition to his barrier-breaking solo sessions, Hamm has been hailed for his recording and touring stints with guitar icons Joe Satriani and Steve Vai. His long-time associations with Vai and Satriani garneredHamm award-winning recognition on a global scale, and as a result, Hamm has received an extensive list of accolades such as being voted “Best Jazz Bassist” and “Best Rock Bassist” multiple times in magazine polls conducted by several major print publications.

Besides his projects with Satriani and Vai, other studio-related productions that have spotlighted Hamm’s trademark style and technical facility include his three collaborations as a member of the trio dubbed GHS with guitarist Frank Gambale of Chick Corea’s Elektric Band and former Journey drummer Steve Smith.

For the past two decades, Hamm has toured as one of the world’s premier bass clinicians. He has also demonstrated his signature techniques and methodologies to avid students through his best-selling instructional videos, Slap, Pop & Tap For The Bass and Deeper Inside The Bass, and a book of transcriptions, Stuart Hamm – The Bass Book, which contains a collection of Hamm’s greatest hits from his first three solo releases. He has also created an introductory course to bass guitar called Bass Basics with the folks at TrueFire.com.

Based on the highly successful G3 tours he was a part of in the 1990’s which featured guitarists Satriani, Vai, and Eric Johnson, Hamm founded the Bx3 tour in April 2006 that has subsequently taken him along with fellow bass pioneers Billy Sheehan and Jeff Berlin from the United States to Asia.

Why do people “BOO” Stu during concerts?

They are not “BOO”ing him, they are actually “STU”ing him. If you yell BOO and STU they sound similar. It is a unique way to tell Stu that you enjoy his work.
Side Note: Satch wanted to see if he could change the fans from cheering “Stuuu!” to “Hamm!” but decided it wouldn’t sound as good. 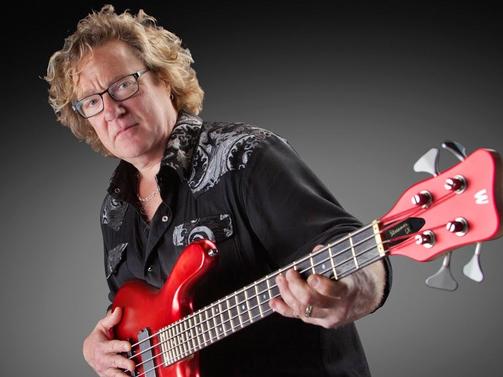 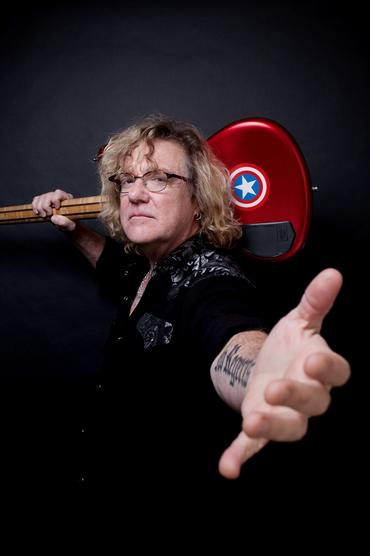