Sunnysiders started as  a duo by the singer, guitar, ukulele, harmonica player and a songwriter Boris Hrepić "Hrepa", a long time Croatian professional musician who was a member in one of the Croatian most famous bands Daleka Obala during  the
80's and 90's, and the singer and guitar player Antonija Vrgoč "Rola".

They played at the 3rd European Blues Challenge in Toulouse, at the Cahors Blues Festival and numeoruous Croatian blues festivals. They are proud to have supported Johnny Winter, Ana Popovic, Eric Sardinas, Manu Lanvin and Eric Noden & Joe Filisko among others.

Sunnysiders perform as a duo, a four semi acoustic piece band and a five-piece power band.

Their set features mainly original tracks, but also famous blues covers and songs outside the blues genre transformed to fit in their rhythmic and melodic sound structure, which is distinctive for its two-part singing and playfulness of the arrangement.

​Boris is also a president of Croatian Blues Forces, a Croatian blues society that received a Keeping The Blues Alive award, a member of Blues Foundation and European Blues Union and a art director of Thrill Blues Festival, one of youngest festivals here in Croatia but within the period of three years, as it has started, has
become one of the most visited and media exposed festivals in the region.

This year Sunnysiders are celebrating 10 year anniversary by recording 4th album, "The Bridges“ with their blues friends as guests (Manu Lanvin, Norman Beaker, Lorenzo Piconne, Yogi Lonich...). Last January album was mixed at Ardent Studios in Memphis, and it will be published at 12th October. Rola and Hrepa started
anniversary promotion during International Blues Chanell in Memphis with live TV performance at Channel 3, and at Miami Blues International Radio TV as a part of Viral Anti Viral World Tour.

"The best thing about this Croatian band is that the burden of blues history is not apparent from their songwriting or expression.“ 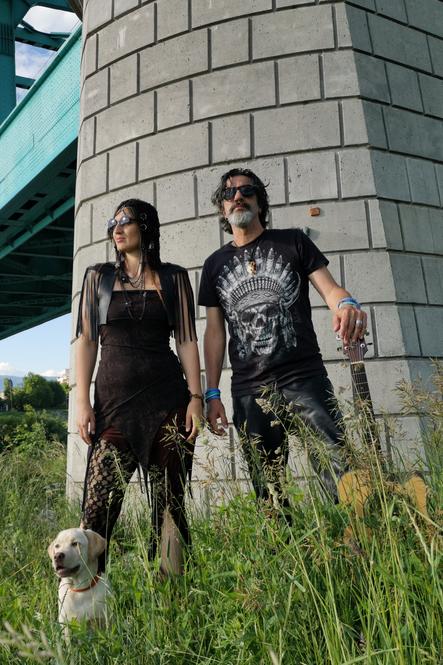