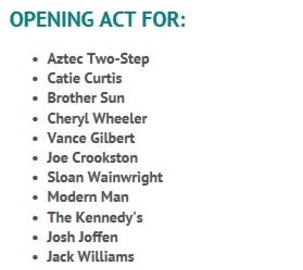 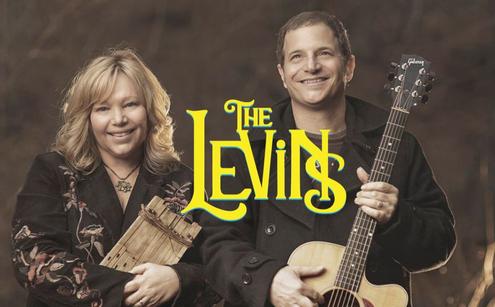 "Their voices fit together, like water and ice, like heat and steam. Something joyful explodes inside the listeners chest like a Roman candle. Their effect may, in fact, begin before they start to play. Even at first glance, Ira and Julia seem to radiate a positive energy. That 'look' always keeps its promise."

The Levins are a harmony-driven acoustic duo known for their sun-splashed, peace infused songwriting that connects on a universal level and celebrates our common humanity. These award winners (Indie Acoustic, Empower Music, CTFolk, S.Florida Festival, MASC) were 2017 SERFA and 2016 NERFA Formal Showcase Artists and 2014 Falcon Ridge Emerging Artists. In addition to performing/presenting at the Parliament of World Religions in Toronto, The Levins rounded out 2018 in San Francisco with the multiple show production of My "Friend Hafiz", a theatrical circus directed by Broadway director Mindy Cooper, featuring the live music of their 2013 recording. Unique harmonies and tightly blended unison vocals, along with their guitar and piano interplay, reflect the couples own compatible musical/personal relationship which began after meeting at an open mic at The Freight and Salvage in Berkeley CA. Their My Friend Hafiz CD debuted in the top 20 on Folk DJ & their latest, TRUST, in the top 10. (Top 10 song/2015, J.Platt, WFUV) and "underscores the positive messages of love, peace and self-awareness. Each tune serves as another stepping stone toward a better day & a richer life." Tom Staudter.

Their newest recording, Caravan of Dawn will be released on April 26, 2019.

Ira and Julia met at an open mic at the Freight and Salvage in Berkeley, CA. It was a singer-songwriter competition held by the West Coast Songwriter's Organization of which they were both members at the time.  They married in 2002 and in late 2010, they left their respective bands ( Vocolot-Julia and Comfy Chair - Ira)  as well as their comfort zones on the west coast and moved to NY to pursue music full time, together.

Their recordings have garnered invitations to perform in Amsterdam, England and throughout the U.S. In addition to winning the emPower Music award for Uniting, these two are Falcon Ridge Emerging Artists and South Florida Folk Festival Songwriting Finalists and have received recognition and numerous songwriting awards in the Children's, Jewish, Folk and now Indie music markets and communities.

Their 2013 release, "My Friend Hafiz", is inspired by Daniel Ladinsky's renditions of the mystic poetry, was selected by John Platt, WFUC as a top 10 CD of 2013 and just recently reviewed as 'lyrical pearls of wisdom," in Science of Mind Magazine.  Their 2015 release, "Trust", debuted in the Top 10 Folk charts, Top 20 Roots charts and according to Tom Staudter, former NY Times reviewer, has, "a sun-splashed style that underscores the positive messages of love, peace and self-awareness.  each tune serves as another stepping stone toward a better day & a richer life."  As performers with interfaith roots, they move comfortably between faiths and spiritual settings, upholding the spirit of humanity and bridging communities offering music, message and programming that spreads good energy and opportunities to transform, heal or be uplifted.

Regardless of the setting, The Levins offer harmony-driven heart healing acoustic music that connects on a universal level and celebrates our common humanity.  Guitar and piano with seamless harmonies and tightly blended unison vocals reflect their own compatible musical and personal relationship.

“The Levins music-a much needed remedy for a hurried and harried world. They serve to remind us of the old adage that says music & poetry can indeed be a soothing balm for troubled times.”