Two-time Emmy Award winning bassist, composer, producer and son of legendary Bay Area keyboardist, Merl Saunders, Tony Saunders’ life has been infused with one musical adventure after another. As an arranger, producer, composer and performer, Saunders has conquered the worlds
of jazz, gospel, R&B, pop, rock and world music. He earned the first of his two Emmys at age 14 for collaborating with his dad on the PBS documentary Soul Isand by 17 was playing with Merl and Jerry Garcia on their collaborative projects. The second was earned for his contribution on the TV show, Digital Journey, on the episode, “China: Their New Digital Economy.”

Though he took one of his first musical lessons on piano from Herbie Hancock, the bass he received from John Fogerty’s brother Tom – and watching recording sessions with famed bassists Anthony Davis and LeeMiles -
sparked a lifelong passion for that instrument that now, 50 years later, has led to his emergence as a major independent force in contemporary jazz.
Saunders graduated from the prestigious Conservatory of Music in San Francisco as a piano player, buthas focused on the bass throughout his career, drawing on influences and encouragement of
greats like James Jamerson and Stanley Clarke. After launching his career with his dad Merl and Jerry Garcia,Saunders embarked on a diverse career that has found him playing and recording with a virtual who’s who of popular music and jazz – including Eric Clapton, David Crosby, Dave
Liebman, Les McCann, Dr. John, Joe Sample, Chaka Khan, Ringo Star, Bo Diddley, Mavis Staples, John Lee Hooker, The Hawkins Family, Jeff Lorber and Paul Jackson Jr.

Over the years, Tony has scored films, corporate videos, TV shows and commercials, and produced many artists out of his own studio, Studio 1281. He’s written the music and been musical director for stage musicals,
including Rock Justice, which was co-written by Jefferson Starship’s Marty Balin. In 2010, Saunders signed with indie label San Francisco Records after producing and arranging a project for the label. He launched his solo career in the smooth jazz genre with the well-received albums Romancing the Bass (2011) and Appaloosa (2013), which features an impressive array of
guest appearances including vocals by Grammy winners Howard Hewett, Bill Champlin and Tony Lindsay. Saunders’ breakthrough album Uptown Jazz(2016) solidified his tight, funky and melodic urban jazz style. The first single “Uptown Jazz” reached #5 on the Smoothjazz.com chart, while its
follow-up “Speak To My Heart” featuring Gerald Albright hit #3.

Tony also lends his immeasurable talents to recording with the Rainforest Band, the popular jam band originally started in 1990 with his dad, Merl and Jerry Garcia and has had an ever-changing line-up of very notable musicians
over the years. Tony played on their most recent release, Peace To The Planet(2019) on San Francisco Records, with a portion of the proceeds going to The Jerry Garcia Foundation and Rainforest Action Network.

Tune in every Wednesday at 5 pm PST to hear Tony  play Live on his Facebook Page! 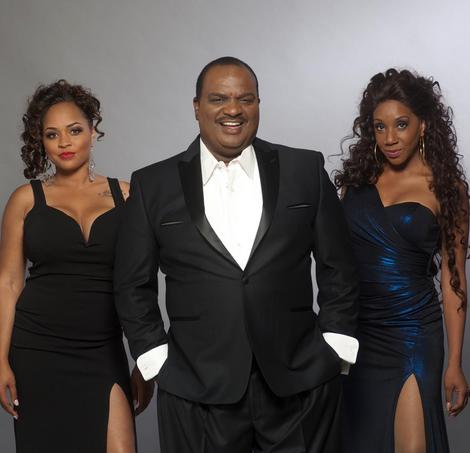